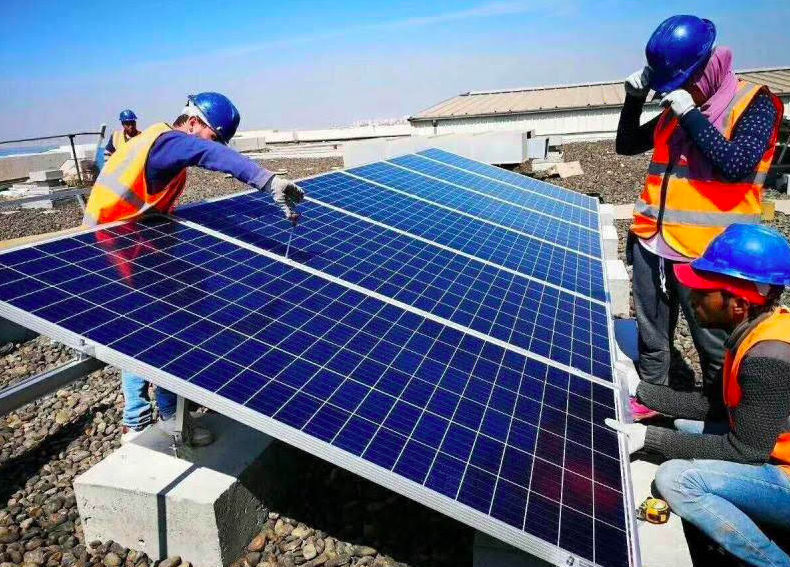 Solar Panels - The magic behind this environmentally friendly power source and why its sensible to buy them now.

Solar panels can be made to harness the reservoir of energy of the sun to some other type of energy. Generally the power that results will be available in the form of heat (to heat a building for example) or electricity which can be used to power anything from a radio to a complete business.

In this article we are going to talk about the bigger residential and industrial panels which are designed to provide power for the  home or business, where these panels are regularly placed on the top of the home or in close proximity to the home if space permits. We are also going to focus on the type of panels that generate electricity known collectively as Photovoltaic panels.

Solar panels are a terrific way to cut energy costs and to reduce your carbon emissions, and to become more self-sufficient. They are now becoming extremely popular in urban areas where alternative energy advocates and law makers are creating incentives for this friendly and quiet alternative energy source. The state of Colorado, for example, has been offering massive rebates on the up-front cost in acquiring and implementing a residential solar system.

After the panels are installed, energy from the system will be used to energize the house, or, when energy is being made in excess of demand, diverted for use on the grid, where it is purchased back by the electrical power company. There may be times when you are actually making income from your panels. With rebates factored into the initial cost it will generally take from seventeen to twenty-four years to get back the initial expense, at which time you will essentially be generating power from the sun at no cost.

One little-known fact, however, is that solar panels are initially contributory to greenhouse emissions because it takes power to manufacture a solar panel, that this energy is very often fossil-based, and front-end loaded, and that therefore there is a time period during which the solar panel has actually added to carbon emissions rather than detracted from them. Until such time as the solar panel has produced energy equivalent to the energy used to manufacture it (its fossil-emission payback period) it is actually a contributor to greenhouse gas emissions. This fossil-emission payback period is generally considered to be five to ten years. 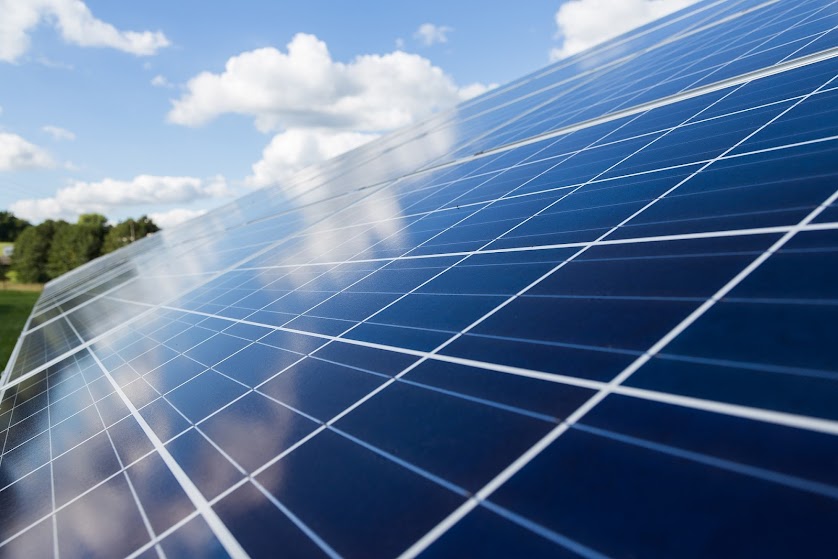 Conventional solar panels are constructed using twin sheets of semiconducting silicon, combined with phosphorus and boron atoms. Amorphous silicon solar cells are a highly powerful, emerging array of photovoltaics that differ in output, structure, and manufacture than traditional photovoltaics that use crystalline silicon. The H-AS solar panels are produced in the same way, but they are made just 1 micrometer in depth by laying down polymorphous silicon at very high pressures and temperatures.

Solar panels are normally maintenance free and many manufacturers will supply a guarantee of electrical output often for as long as 20 years.

You should check for trustworthy solar panel Malaysia . Absolutely, Plus Solar firm provides you the lasting sun powered system with long guarantee periods and upkeep administrations.

Senai is a town and mukim in Kulai District, Johor, Malaysia. It is the base for several major multinational electronics manufacturers. This sprawl town is one of the flagship zones of the Iskandar Malaysia.

Pasir Gudang is a city in Johor Bahru District, Johor, Malaysia. The main industries are transportation and logistics, shipbuilding, petrochemicals and other heavy industries, and oil palm storage and distribution, which is located in Johor Port and Tanjung Langsat.

Negeri Sembilan is a state in Malaysia which lies on the western coast of Peninsular Malaysia. It borders Selangor on the north, Pahang in the east, and Melaka and Johor to the south.

The name is believed to derive from the nine (sembilan) villages or nagari in the Minangkabau language (now known as luak) settled by the Minangkabau, a people originally from West Sumatra (in present-day Indonesia). Minangkabau features are still visible today in traditional architecture and the dialect of Malay spoken.

Unlike the hereditary monarchs of the other royal Malay states, the ruler of Negeri Sembilan is known as Yang di-Pertuan Besar instead of Sultan. The election of the Ruler is also unique. He is selected by the council of Undangs who lead the four biggest territories of Sungai Ujong, Jelebu, Johol, and Rembau, making it one of the more democratic monarchies.

The capital of Negeri Sembilan is Seremban. The royal capital is Seri Menanti in Kuala Pilah District. Other important towns are Port Dickson, Bahau and Nilai.

The Arabic honorific title of the state is Darul Khusus ("the Special Abode").

Perak is a state of Malaysia on the west coast of the Malay Peninsula. Perak has land borders with the Malaysian states of Kedah to the north, Penang to the northwest, Kelantan and Pahang to the east, and Selangor to the south. Thailand's Yala and Narathiwat provinces both lie to the northeast. Perak's capital city, Ipoh, was known historically for its tin-mining activities until the price of the metal dropped, severely affecting the state's economy. The royal capital remains Kuala Kangsar, where the palace of the Sultan of Perak is located. As of 2018, the state's population was 2,500,000. Perak has diverse tropical rainforests and an equatorial climate. The state's mountain ranges belong to the Titiwangsa Range, which is part of the larger Tenasserim Range connecting Thailand, Myanmar and Malaysia. Perak's Mount Korbu is the highest point of the range.

The discovery of an ancient skeleton in Perak supplied missing information on the migration of Homo sapiens from mainland Asia through Southeast Asia to the Australian continent. Known as Perak Man, the skeleton is dated at around 10,000 years old. An early Hindu or Buddhist kingdom, followed by several other minor kingdoms, existed before the arrival of Islam. By 1528, a Muslim sultanate began to emerge in Perak, out of the remnants of the Malaccan Sultanate. Although able to resist Siamese occupation for more than two hundred years, the Sultanate was partly controlled by the Sumatra-based Aceh Sultanate. This was particularly the case after the Aceh lineage took over the royal succession. With the arrival of the Dutch East India Company (VOC), and the VOC's increasing conflicts with Aceh, Perak began to distance itself from Acehnese control. The presence of the English East India Company (EIC) in the nearby Straits Settlements of Penang provided additional protection for the state, with further Siamese attempts to conquer Perak thwarted by British expeditionary forces.

What Is Alternative Energy

There is a ton of energy that we can outfit assuming we just try to explore and foster the advances expected to do as such. We can move away from the petroleum derivatives and the old electrical networks by going to options in contrast to these energy sources.
One of these elective energy assets is wind power. Wind turbines keep on being fostered that are continuously more energy effective and less expensive. "Wind ranches" have been jumping up in numerous countries, and they have even become all the more decisively positioned over the long haul so they are not endangering birds as previous breeze turbines did.
Another elective energy asset is the one that is most notable: sun oriented energy. This includes the assembling of sun oriented cells which accumulate and concentrate the energy radiated straight by the sun, and make an interpretation of it into power or, now and again, boiling water. Similarly as with wind energy, sun oriented energy makes totally zero contamination.
Sea wave energy is seen by states and financial backers as having huge energy producing potential. A generator in France has been in activity for a long time now and is viewed as an incredible achievement, and the Irish and Scots are running exploratory offices.
Hydroelectric power has been with us for some time and where it is set up, it is a strong generator of power and cleaner than a network. Nonetheless, there are sure impediments to the accessibility of the ideal locations to set up a huge dam. Many run-of-the-waterway, or little and confined, hydroelectric generators have been set up lately because of this impediment.
Geothermal energy is incredibly plentiful, since it lies straightforwardly underneath our feet, only a couple of miles beneath the world's surface. Profoundly. The water goes to steam, which can be saddled and used to drive turbine motors which thus produce power. Extraordinary measures of innovative work should be invested into geothermal effort tapping.
Squander gas energies, which are basically methane, invert the standard energy-contamination relationship by making energy from squander that lies sad and from a few air toxins. This gas is utilized in power devices and can be utilized in standard fuel generators.
Ethanol is a fuel substitute and is made from such things as wheat, sugarcane, grapes, strawberries, corn, and even wood chips and wood cellulose. There is contention over this fuel with respect to its steadily turning out to be really conservative or pragmatic besides in extremely restricted regions, however innovations for its extraction and admixturing are persistently being refined.
Biodiesel energy is made out of the oils contained in plants. Up until this point, the business stores of biodiesel have been made utilizing soybean, rapeseed, and sunflower oils. At the hour of this composition, biodiesel is commonly delivered by pioneering disapproved of people or the individuals who need to try different things with elective energy, however business interest from organizations is on the ascent. It consumes a lot of cleaner than oil-based diesel.
Nuclear energy is made in nuclear energy plants utilizing the course of atomic splitting. This energy is incredibly proficient and can produce immense measures of force. There is worry from certain individuals concerning how to manage the moderately modest quantity of side-effect nuclear energy radiates, since it is radioactive and requires many years to rot into innocuousness.
at November 20, 2020